This page relates my battle with OneDrive folder backup and how I fixed my broken $env:PSModulePath

When trying to use ConditionalAccessAsCode I ran into a problem with running one of it's dependent modules which is the AzureADPreview module (which is only compatible with PowerShell 5.1 and not PowerShell Core (i.e. versions 6 and above))

Which seemed very strange given that it seemed to have installed without error.

I worked out that with Install-Module the module was being installed into: C:\Users\rohan\OneDrive\Documents\WindowsPowershell\Modules

..wheras Import-Module was trying to load modules from: C:\Users\rohan\Documents\WindowsPowershell\Modules.

I quickly realised that this was because I had enabled the personal folder backup feature in OneDrive and that it had changed the path of my MyDocuments folder.

As I subsequently discovered, it does state in this document on that:

If I disable backup then the path can go back to normal and will resolve the issue with $env:PSModulePath without having to edit the Environment Variable. 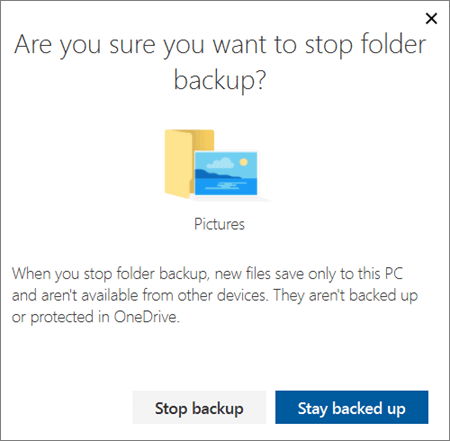 When you stop backing up a folder, the files that were already backed up by OneDrive stay in the OneDrive folder, and will no longer appear in your device folder.

Change the location of OneDrive folder¶

I'll note this here too as I didn't do this myself and it still won't prevent the issue if you elect to use OneDrive personal folder backup...

Change the location of your OneDrive folder

A demo of PSModulePath in action¶

PowerShell 5 and PowerShell Core download modules into different paths and so I've prepared a couple of demos below to illustrate this.

The full script for the demo is: